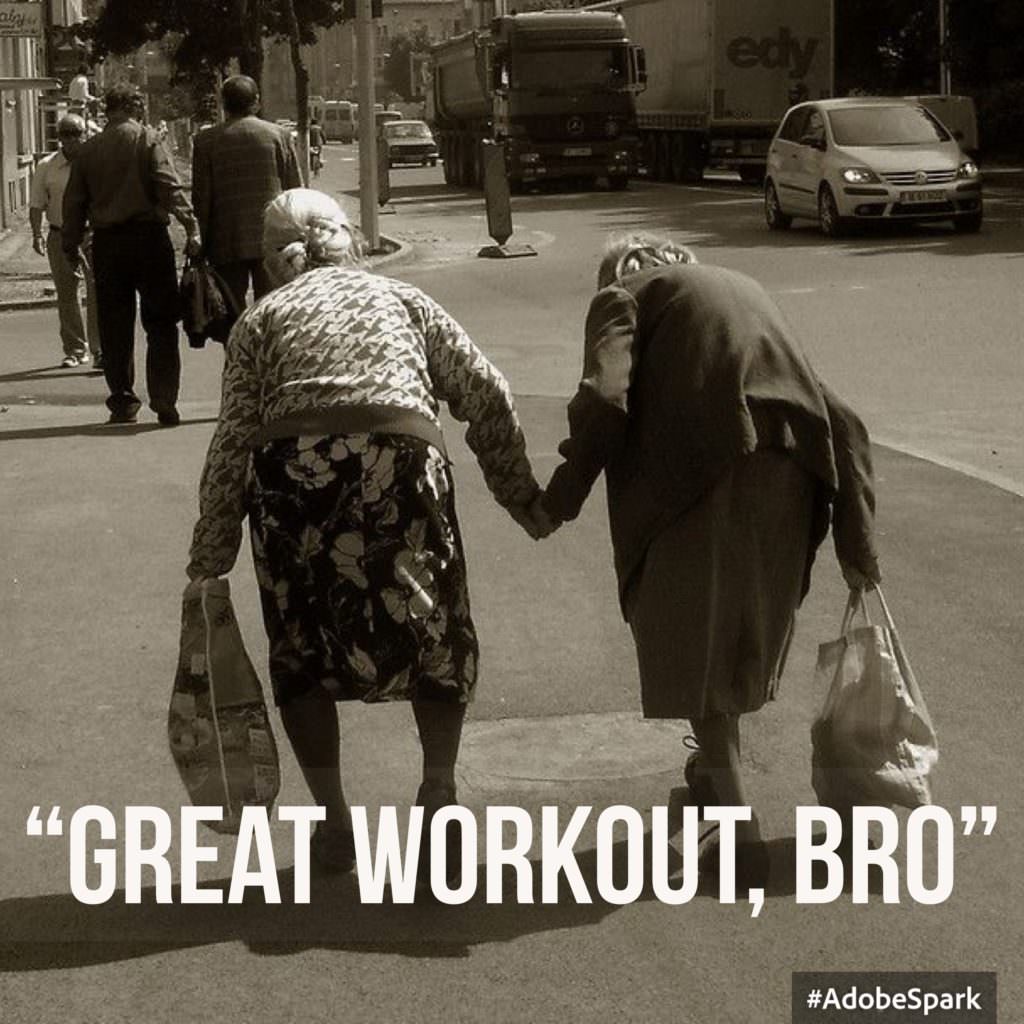 04 MayAvoid these machines at the gym

It’s also for you meat-heads who just want to look good naked and think that everything remotely functional must be “crossfit” and therefore you’re not touching it because you’ll lose your gains.

Anyway, it’s good to know what to avoid if you’re concerned at all about performance or long term health. For the most part, exercise machines in big gyms are not designed, selected, or purchased by people who are concerned with optimizing your performance or keeping you in the game until you’re dragged off to a nursing home. Big gyms are (somewhat-understandably) more concerned with being able to cram as many often-clueless customers as possible into a big room of nice looking equipment, without having to worry about sudden injuries (“sudden” being a key word here.) Use the hell out of that membership, but avoid these dubious contraptions to stay strong, safe and alpha AF in the long run.

There is a huge variety of body types out there. Some people are 5 foot, some are 7 foot, some have wide hips, some have narrow hips, etc. Any machine that forces you into a very specific movement that may not be ideal for your body type is more likely to cause you injuries over time, and to contribute to sub-optimal movement patterning.

It’s worth noting that people like the elliptical and recommend it because it allows for less impact on the knees. Impact is not necessarily a bad thing. We’re built for impact. Impact and/or load become problematic when they’re combined with poor movement patterns that place the impact/load on tissues that aren’t there for that purpose. For example, a runner who constantly runs with his toes pointed outwards is more likely to experience pain or injury in his knees. “Impact” is not likely the problem, but impact plus poor movement patterns. Do some research to figure out what you’re doing wrong and then correct the movement.

If you’re recovering from an injury or irritated joint and want to avoid impact for that reason, I would recommend something like swimming, battle ropes, the ski erg, hitting a punching bag or using other more adaptable low-impact cardio equipment.

*Cringe* … Numerous studies (link below) suggest that repetitive spinal twisting motions, even under minimal load, can cause disc herniation. Even rotational stretching with no load can cause damage to a disc, without the individual even knowing about it.

Regarding performance, the musculature of the core and spine are fundamentally different than other musculature in the sense that they are there to stabilize the spine and not to exert force against outside resistance. This means that they don’t need be trained in that way to enhance performance. Movements such as swinging a golf club that may appear to involve substantial spinal twisting are no exception. Power should come from the hips, not the forceful rotation of the spine. Risk of spinal injury actually increases when power is developed there instead of the hips (McGill, 2017, p. 13-14)

There are a few exceptions here, like the Concept 2 rower, but in general you just can’t train for performance while strapped into something that more closely resembles a lazy boy than an actual object you’ll have to handle in the “real world” or at an athletic event. Your body and it’s adaptive capacities exist for the sole purpose of interacting with the real world, so some degree of symmetry between the training and what is trained-for is pretty logical.

Body builders might get some use out of these machines for isolation exercises, but even that idea is often misguided in my opinion. Our muscles are not at all organized to work in isolation, and training them to do so is essentially training them to work badly, which is why body builders don’t tend to be the greatest athletes. On the bright side though, you can still develop a great physique doing multi-joint exercises that also make you a more physically effective human being, while sacrificing little-to-nothing in terms of optimal muscle growth.

COMPARITIVE STUDY ON KNEE LOADING: One study showed twice as much loading of the PCL during the leg extension than in the barbell squat, and substantially greater loading of the ACL and patella as well (link below). That’s not to say that the leg extension machine is necessarily unsafe, but it is at least safe to say that it’s not your best option for long term knee health, given the unnatural and unnecessary loading of these tissues. I would especially avoid this one if you’ve had knee issues in the past.

The leg press might feel like a safer option than a barbell squat, (and definitely a safer option for your ego) but if you don’t have adequate mobility, it can pull your low back into a slightly rounded position as your knees come toward your chest, which you then you flatten back out as you extend your legs. That repetitive disc movement under heavy compression is grandma’s secret recipe for disc degeneration and eventually herniation. Plus, it has very little carry-over for performance, since the position is so unnatural and requires very little in the way of stability. Strength without stability probably shouldn’t even be called strength, since it’s application is limited solely to a piece of exercise equipment. Hopefully this helps nudge some of you stubborn ones into the free weight-section! If you’re worried about what to do there, get some help from a trainer or knowledgeable lifting buddy. Also, even if you already have one of those, do your own research! YouTube it, Google it, get a few different perspectives and do it right the first time, even it seems really simple. There’s a right and wrong way to do just about anything.

Also, if you have some form issues you’d like to fix, I’ve written an article that outlines the basics of fixing form, which I’ll link below. Enjoy!

Loading of the knee during leg extension vs barbell squat: