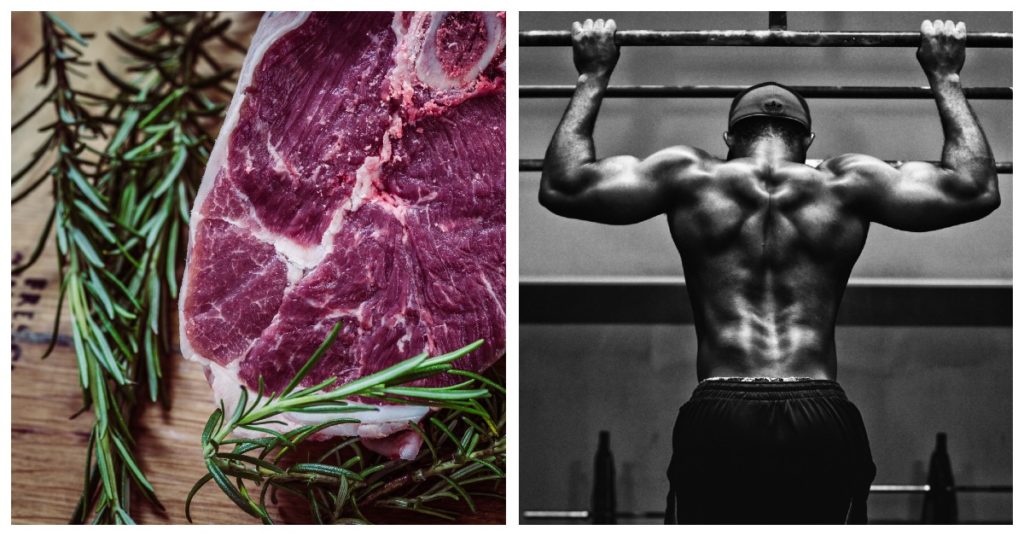 Testosterone gets a lot of hype, and rightly so. It has many diverse effects, functions and implications, having been associated with the following (mostly in males):

While it has been widely researched, readers should keep in mind that there is still some lack of consensus on certain topics, partially due to a lack of long term studies and to some seemingly conflicting results in studies done so far.

For the fitness-related purposes of this article though, I’ll address the following questions regarding T supplementation, risks vs benefits and optimizing natural T production.

How can I naturally increase testosterone?

It’s debatable whether or not this is really worth you dedicating any special effort to because, chances are, you’re more interested in the effects associated with higher testosterone, rather than higher T in and of itself. The best ways to achieve the effects you’re looking for are likely much more thoroughly studied than the methods of naturally increasing T, which is likely only a small part of your goal anyway.

For example, you might want to naturally increase your T in order to gain more muscle. Your time would be much better spent researching the best ways to build muscle, rather than spending countless hours researching one small component that won’t give you the whole picture.

The same would be true for other T-related goals, such as better athletic performance, long term physical and mental health, more energy etc..

However! In case it’s any extra motivation, here’s a list of a bunch of normal stuff (that you should be doing anyway) in order to optimize your testosterone levels naturally:

Studies are somewhat mixed on the matter, but at least five of the studies cited below showed short, medium and/or long term increases in T with resistance training.

It’s thought that some very heavy resistance training may cause less of a total increase, due to greater cortisol elevation (cortisol is a stress hormone that basically works against testosterone). Shorter rest periods and slightly higher repetitions at slightly lighter weight are sometimes considered better for testosterone production.

One interesting study also showed that resistance training in the afternoon and evening was potentially beneficial for creating a superior hormonal environment in the body, since cortisol tends to be higher in the morning and lower in the afternoon and evening. Therefore, the testosterone to cortisol ratio was higher in the PM than in the AM, and cortisol had a less negating effect on the testosterone.

Should I consider testosterone supplementation?

None of the literature supports the use of T supplementation in the absence of symptoms, and this isn’t because doctors are just big party poopers. There are serious risks associated with T supplementation, which must be outweighed by the seriousness of a testosterone related health condition in order to justify its use.

In other words, if you don’t have a serious health condition that could most effectively be treated with T supplementation, it’s not worth the risk.

What are the risks? Benefits?

Supplementing testosterone within the normal ranges is probably less risky than using steroids to elevate it well above normal levels, which is what most illegal steroid users might be likely to do. Supplementation for people with clinically diagnosed low testosterone (hypogonadism) has been shown to improve quality of life on many levels, but there are still potential risks, which probably increase in severity depending on the dose:

These are many of the risks that your doctor will likely tell you about, but it should be noted that long term studies of T supplementation well above the normal levels are sparse, due to the ethical concerns of producing such a study. The studies that do exist are usually based on self-report methods, but the results don’t bode well for steroid users.

(See “psychiatric risks of steroid use” below for links to a few of those studies.)

A few points in closing:

Don’t think  “more is better.” Testosterone is very complicated and not fully understood. More long term studies need to be done in order to better understand the positive and negative effects of higher or lower testosterone levels and of testosterone supplementation.

Don’t think you need to raise your testosterone to achieve other goals. Focus on learning the best way to achieve the goal, rather than getting bogged down in minutia.

I would highly recommend checking out Dr. Austin Buraki and Dr. Jordan Feigenbaum’s podcast on the topic, linked here.

“The primary results indicate that the response of GH concentrations to the same relative heavy resistance work load is greatly lowered with increasing age both in men and women, while acute responses in testosterone levels are minor.”

Hormonal Responses and Adaptations to Resistance Exercise and Training

“Resistance exercise has been shown to elicit a significant acute hormonal response. It appears that this acute response is more critical to tissue growth and remodelling than chronic changes in resting hormonal concentrations, as many studies have not shown a significant change during resistance training despite increases in muscle strength and hypertrophy.”

“In congruence with our previous work, acute postexercise systemic hormonal rises are not related to or in any way indicative of RT-mediated gains in muscle mass or strength. Our data show that in resistance-trained individuals, load, when exercises are performed to volitional failure, does not dictate hypertrophy or, for the most part, strength gains.”

Influence of circadian time structure on acute hormonal responses to a single bout of heavy-resistance exercise in weight-trained men.

“Pre-exercise C concentrations were significantly lower (p < 0.05) in the PM session, which resulted in a lower peak value, and the accompanying increased T/C ratio suggested a reduced catabolic environment. These data demonstrate that the exercise-induced hormonal profile can be influenced by the circadian time structure toward a profile more favorable for anabolism, therefore optimizing skeletal muscle hypertrophic adaptations associated with resistance exercise.”

Postexercise hypertrophic adaptations: a reexamination of the hormone hypothesis and its applicability to resistance training program design.

“Studies show that hormonal spikes are magnified after hypertrophy-type exercise that involves training at moderate intensities with shortened rest intervals as compared with high-intensity strength-oriented training.”

“Fragmented sleep disrupted the testosterone rhythm with a considerable attenuation of the nocturnal rise only in subjects who did not show REM sleep.”

Decreased serum levels of oestradiol, testosterone and prolactin during prolonged physical strain and sleep deprivation, and the influence of a high calory diet

“In conclusion, oestradiol, testosterone and prolactin are strongly reduced during prolonged strain. “

“In this experiment, men who reject low offers ($5 out of $40) have significantly higher testosterone levels than those who accept.”

“In a subgroup of 57 men aged 70-80 years, testosterone levels correlated negatively with percentage body fat (r=-0.57), abdominal fat (r=-0.56) and plasma insulin levels (r=-0.40).” …”Moreover, increase in fat mass (obesity), as occurs in aging males, is in itself associated with low levels of free testosterone and GH which both normalize after weight reduction.”

Moderate alcohol consumption in chronic form enhances the synthesis of cholesterol and C-21 steroid hormones, while treatment with Tinospora cordifolia modulate these events in men

“Results: While the testosterone level of alcoholic men did not differ from healthy controls at the onset of withdrawal, it was significantly higher for the alcoholics after 6 weeks of sobriety than for the healthy controls. “

PSYCHIATRIC RISKS OF STEROID USE

“These preliminary findings raise the ominous possibility that long-term high-dose AAS exposure may cause cognitive deficits, notably in visuospatial memory.”

…”consistent with prior findings”

A curvilinear relationship between testosterone and spatial cognition in humans: possible influence of hand preference.

“These results are consistent with prior literature suggesting a curvilinear relationship between spatial performance and circulating T concentrations, with intermediate levels of T being associated with better spatial functioning…”