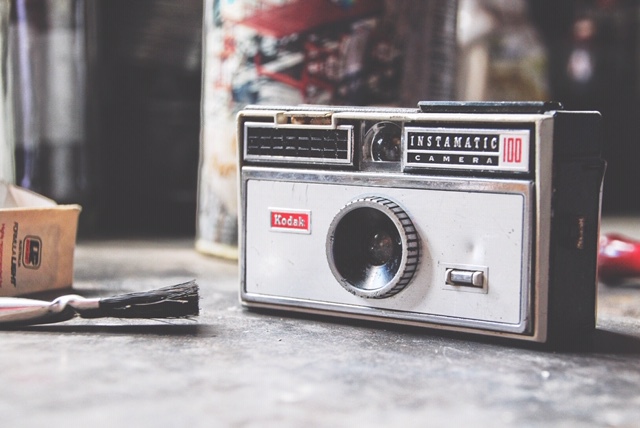 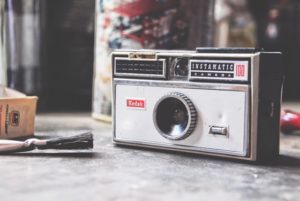 Social media seems to be yielding a fair and increasing amount of criticism as of late, and many platforms and tech companies are trying different strategies in order not to lose their precious cargo of users.

In the bellies of countless users though, a certain distaste has developed in response to the hours of what increasingly feels like a waste of life, scrolling through deserts of embittered political tirades, smiling faces of all the fit, happy people who look better than you and can lift more than you and are always traveling someplace cool… and then the catastrophe rabbit holes where everything is always going wrong, crime is worse than ever and closer than ever, and screaming political extremists are taking over everything.

Social media rewards extremes. It’s like a fixed popularity contest where the top 1% and bottom 1% of experiences dominate.

The “like” system seems to tap into and perhaps exploit our “fear” or “wonder” impulses, as well as our deeply social nature and the human need for some level of social acceptance and appreciation.

I’m not necessarily saying it should be otherwise. After all, why would we post about all the non-exceptional things that happen in our lives? And there does seem to be something natural about wanting to be aware of danger, and marveling at the upper echelons of human beauty and accomplishment.

Armchair evolutionary-biologists would be quick to point out that the entire basis of human advantage over other factions of nature is not so much our intelligence as it is our social and cooperative capacity.For example, a man vs a tiger in a gladiator arena loses every time. But a group of men vs a group of tigers might have chance, because they can communicate and strategize: divide and conquer.

In that case and in countless others throughout the development of mankind, you socialize or you die (those were the more honorable days for social networking, perhaps).

Based on that assumption, it’s easy to see why the the little red notification icon on the upper right corner of your screen might command a powerful impulse within you. It means you’re not going to be eaten by tigers, because people like and appreciate your contributions to thegroup. But this new digital representation of the world is arguably twisted, and I feel more like a rat trying to pump out pellets from a dispenser than a person making real contributions to my group.

So that’s it then. Let the i phones burn in one enormous pyre of proud rat rebellion!

Just kidding, I don’t think that’s the answer (yet…). I think social media can perhaps be valuable, but it’s new and maybe we’re still a bit naive to it. Rather I think it would be worthwhile to develop some internet “etiquette” and “hygiene” so to speak, to better utilize these relatively new environments, to make sure they’re making our lives better instead of worse.

But all of this is basically barbershop talk at this point. I was curious if there actually are any measurably negative effects of social media use, or if it was largely just my own experience and bias.

Fortunately there is a fair amount of research on this topic already that we can learn from. Here are some interesting facts, and some common sense suggestions based on the research and my personal experience:

1. Social media usage is strongly correlated with depression and anxiety.(1)(2)(3)(4)

It’s not entirely clear how much SM causes these issues, or is simply used more by those who are more likely to have those issues anyway. However it does appear as if a causal relationship exists:

Other studies have demonstrated that Instagram users with previously low self-esteem and a weaker concept of their own identity tended to be affected most, BUT even subjects with the highest self esteem tended to develop a more negative body image with social media use. (5)(6)

2. Some demographics have it worse than others:

3. Several other factors have an effect on how negative your SM experiences tend to be:

4. Positive effects have been noted in the literature as well:

social media has been used to handle depressive symptoms associated with isolation and loneliness, but these are often negated by negative experiences as well, such as social-comparison and cyberbullying.(10)

So that’s the state of the science. What to do about it is more barbershop talk, but there are a few things that have been helpful to me personally:

-Take it off your phone: I use FB to promote my business, so I was hesitant to take it off my phone, but I was spending so much time on it during the day, that the time investment really didn’t justify the money I was getting out of it.

So I still have FB on my desktop and I might review it in the evening, but most of the time I don’t even do that anymore, and I have never had one single second of regret. I promise, you will not miss the mindless scrolling until your neck hurts, thumbs hurt, you can’t sleep etc. Maybe keep your account open incase you want to contact someone you haven’t spoken to in a while.

… But then again you have text and email, so maybe just delete that shit.

-Limit app usage: Apple has an awesome new update that helps users limit screen time, as well as app usage. I set my app timer for 1 hr per day on social media, and it shuts the app down at 9:30 at night regardless. You’ll get a weekly report telling you how this week’s screen time compares to last. You can still ignore it if you want to, but the reminders are very helpful in my experience.

Research has also shown that social media usage decreases sleep quality,(3) so turning it off an hour before bed is a good idea. Read one of those books you bought but never read.

– Follow friends, family and a few other people or businesses: Research suggests that you’re less likely to have negative experiences on SM that way. I’m guessing that this helps you to keep a more accurate grasp of reality and you’re less likely to make inaccurate comparisons of yourself to strangers.

You know that your good friend or family member has their own issues, insecurities, doesn’t always look that good or whatever else. Plus, your interactions are likely to be more genuine and meaningful.

– Know SM is really not an accurate representation of reality: For one thing, the nature of writing is such that misunderstandings can easily be made, especially with so much being written so quickly and impulsively.

We can’t hear the person’s tone of voice, or see their facial expressions or body language. So much that is important to communication is lost in text and even in video chats.

Girls on Instagram are twisting their spines into absolutely ridiculous poses to make their butts look bigger. Filters are being layered on top of makeup on top of perfect lighting on top of the perfect camera angle. Guys are just as guilty.

Also, SM favors virality, which tends to be exceptional, or it wouldn’t become viral. Extremely popular content is definitionally the farthest thing from normal.

– Judge the world by what you actually see and experience around you and by objective sources of information:

Have you ever gotten sucked down one of those depressing rabbit holes, such that you feel like if you step outside you’re gonna have to dodge all the trash cans being flung through windows by rioting commu-nazis, in the midst of a tropical hurricane that’s sucking up all the remaining polar bears and flinging them into some corrupt corporation’s giant meat grinder in order to fund the development of AI robots that are going to enslave our children?

…And then you step outside, the birds are chirping, the old black dude on the corner is still watering his lawn, he waves at you, everyone at the grocery store is polite, your female co-worker cracks a sex joke and nobody loses their job, and you’re just over here twitching like a traumatized puppy because you’ve been pumping clickbait hysteria into your face for 6 hours.

I’m not saying bad things don’t happen. But if you want to know how much they happen, SM media isn’t the place to find out, and neither are most news outlets. Pull up some peer reviewed studies on google scholar and look at the data yourself (like I did for this article).

You have to look at several studies to get an idea as to what the general consensus is in the literature and avoid any biases that may skew the results or presentations of certain researchers.

If you’re not willing to put in that much work then you have to shut the hell up, or you’re going to be part of the problem.

Also, Supporting producers of OBJECTIVE content rather than clickbait hysteria helps to create a more accurate representation of the world online. It also gives you more accurate information by which to measure yourself and your life.

That’s my rant for today. I hope you all found it helpful, and please share it around to anyone who you think could benefit from it!