">Should You Take a Protein Supplement? - Forge Fitness Wichita

14 DecShould You Take a Protein Supplement?

Should You Take a Protein Supplement?

People ask me this all the time, and their is no black and white answer, but here are some guidelines that should be helpful.

First of all, it depends on how you’re exercising and how much you’re eating. According to the American Council on Exercise, most Americans get enough protein in their diet as it is. Any extra protein you ingest is just going to go down the toilet or be converted to fat. To figure out if you need any extra protein, here are some basic guidelines:

Whenever possible, it’s best to get your protein from whole foods with high-quality protein (Quality is based on digestibility and the completeness of the amino-acid profile. Eggs are a good example of a food with high-quality protein.) If you’re like me though, you have about as much nutritional organization and planning capacity as a stoned two year old. Protein supplements can be a convenient alternative to cooking or junk food. Or starvation – if that’s the level of Bachelor/Broke-Ass-College-Student you’re currently on.

So you’ve done your homework and decided that a protein supplement might be a good idea for you, but you get to the store and there’s 234928347298 different kinds of protein, all with shiny labels and more X’s and Z’s in the name than any trustworthy brand should have. In general, I would skip any fancy stuff and stick with Whey Protein Isolate, Casein or both. Soy is alright for females, but as a guy I wouldn’t use it as a supplement. Here’s a quick run-down:

Whey is just what’s left after milk has been curdled and strained. Nothing scary. It has a complete amino acid profile, it’s easily digested, it’s generally lactose free, it’s available with low cholesterol and there’s a wide body of research supporting its safety and efficacy. Additionally, studies have found that whey protein can also enhance cognitive development, promote bone repair and formation, improve wound healing, reduce blood pressure, stimulate the immune system, inhibit joint inflammation in osteoarthritis, as well as stimulate muscle protein synthesis even more than other high-quality proteins like casein and soy. POW. But who cares about any of that stuff. GOTTA GET DEM GAINS. It should be noted though, that there are different kinds of Whey Protein supplements that have different percentages of protein by weight: 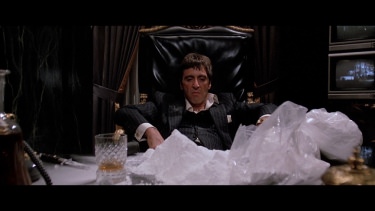 Casein is also just a part of milk. It’s also a great protein, just different. Your body will absorb it more slowly than it will Whey, which gives your body a slow but steady supply of amino-acids in the blood-stream (just think of amino-acids as protein for now). That way your muscles can begin recovering immediately after they’ve been through a session of intensive resistance training.

Soy is unique because it’s one of the only plant proteins with a complete Amino Acid Profile. It’s also very digestible, making it a high quality protein, and it’s free of cholesterol. Some studies have suggested that certain soy protein can slightly raise your estrogen levels, so if waking up in a woman’s body would be an issue for you, steer clear of this shit. If not, then more power to ya, bud! Follow your dreams. (Jk. See a therapist) Soy has been shown to raise blood estrogen levels in men, but only very slightly. Personally, as a dude, I wouldn’t use it as a protein supplement, but I don’t make an effort to avoid it in other foods either.

That should be enough to get you started. Comment below with any questions, or what topics you’d like to hear about next.