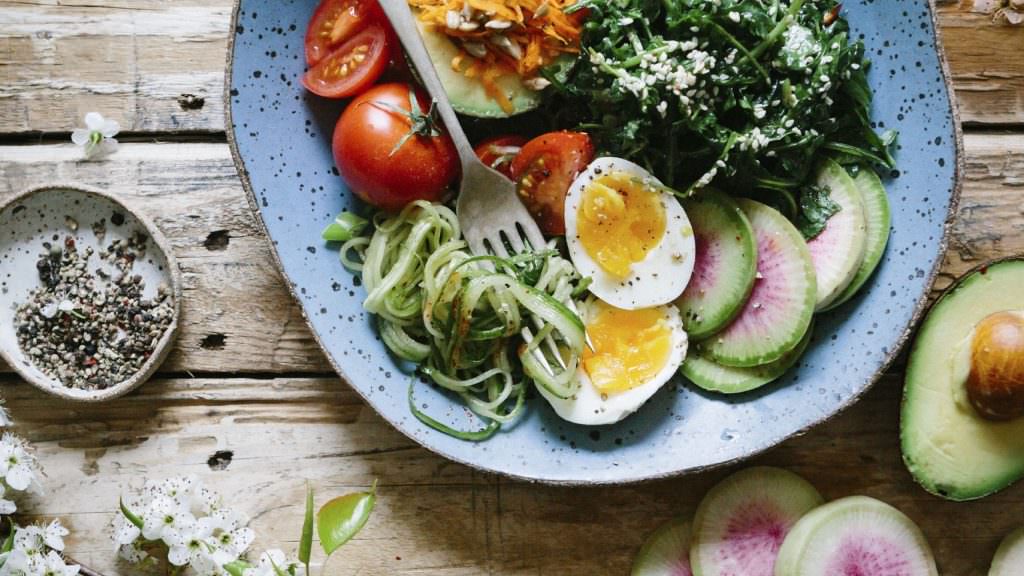 
There seems to be much lingering confusion out there on the topic of ketogenic diets, especially with regards to weight loss. I’ve plowed through another pile of studies for you guys in order to hopefully shed some light on the situation.

What is it, exactly?

For those who don’t know, a “keto” diet is one that includes a very high percentage of fat (~75% of total daily caloric intake), a very low percentage of carbohydrates (3-5%) and a medium amount of protein (~20%). The idea is that your body will start to use fat as it’s preferred source of energy rather than carbs, which is called “ketosis.” Getting “in ketosis” usually takes at least a week.

This concept sounds appealing to many people, probably because they hope it will help them to burn through unwanted body fat.

Is it better for weight loss?

One advantage of higher fat diets may be that they can do a better job at keeping you full, thus preventing the urge to eat. One small but interesting study compared two groups, one of which was fed a keto diet, and the other a more conventional low-fat, higher-carb diet. After a few days of controlled intake, they were then allowed to eat the same diet they had been prescribed, but in whatever amount they wanted for about a month. This process was repeated a few times.  Participants on the keto diet reported feeling more full than the other group, and also lost more weight by the end of the study, presumably as a result of voluntarily eating less during the non-controlled phase of the study.

For athletes: There is some evidence suggesting that keto diets are better for maintaining certain kinds of performance when cutting weight, at least when compared to medium carb diets:

One study showed that while two groups of athletes on different diets of equal calories lost the same amount of weight and performed the same on all other subsequent performance tests, the keto group did perform better on the 2000 meter sprint. This could possibly be of use to certain athletes of the more flighty variety.

It’s probably a better alternative method for cutting weight than many of the traditional methods, like dehydration, saunas, severe caloric restriction etc., but that’s really not saying much, considering how awful those methods can be for an athletes health.

It’s a big pain in the ass, and if you don’t do it right, it won’t work. Specificity and absolute adherence are key. If either protein or carb intake are too high it can disrupt ketosis.

For athletes: It’s probably not great for anaerobic activities, like weightlifting. Aerobic activities like cycling seem to remain unaffected by a switch to a ketogenic diet (when done properly), but progress seems to slow down when it comes to more explosive activities that demand a faster source of energy.

Scientific evidence supporting or not supporting ketogenic diets is scant. Most studies so far have been conducted on small numbers of people over short periods of time, and often leave something to be desired in terms of thoroughness.

For most people, the impractical nature of the diet and possible negative effects on certain kinds of performance outweigh the few, small benefits, such as increased satiety. If weight loss is a really important goal for you and staying full is something you really struggle with, it might be something to try.

There are strong opinions on both sides of the debate. I don’t think there are grounds for absolutes on either side, since I was unable to find any study showing any dramatic difference between the diets when compared fairly.

I hope this was helpful to you guys! Here are ten of the studies I used for this article, along with summaries and notes, for those interested. Enjoy!

“In short-term studies, dietary protein modulates energy intake via the sensation of satiety and increases total energy expenditure by increasing the thermic effect of feeding. Whereas these effects did not contribute to weight and fat loss in those studies in which energy intake was fixed, one ad libitum study does suggest that a high-protein diet results in a greater decrease in energy intake, and therefore greater weight and fat loss.”

“Both trials showed better weight loss on the low-carbohydrate diet after 6 months, but no difference after 12 months.”

“Reduced-calorie diets result in clinically meaningful weight loss regardless of which macronutrients they emphasize.”

2 studies measuring effect of keto diet on performance and weight loss on trained and untrained individuals:

Competitive cyclists were put on a keto diet of equal caloric value to their previous higher carb diets. They maintained weight, and after their first week on the diet, performance was back to normal.

Notes on aerobic vs anaerobic capacities:

“The bicyclist subjects of this study noted a modest decline in their energy level while on training rides during the first week of the Inuit diet, after which subjective performance was reasonably restored except for their sprint capability, which remained constrained during the period of carbohydrate restriction.”

Notes on sodium and potassium:

“When meat is baked, roasted, or broiled; or when it is boiled but the broth discarded, potassium initially present in the meat is lost, making it more difficult to maintain potassium balance in the absence of fruits and vegetables. Because our research subjects were accustomed to eating meat, fish, and poultry prepared as something other than soup, we chose to give them most of their sodium separately as bouillon and a modest additional supplement of potassium as potassium bicarbonate. With these supplements maintaining daily intakes for sodium at 3–5 g/d and total potassium at 2–3 g/d, our adult subjects were able to effectively maintain their circulatory reserve (ie, allowing vasodilatation during submaximal exercise) and effective nitrogen balance with functional tissue preservation.”

“The effects of reducing daily protein intake to below 1.2 g/kg reference weight during a ketogenic diet include progressive loss of functional lean tissue and thus loss of physical performance”

“higher protein intakes have the potential for negative side-effects if intake of this nutrient exceeds 25% of daily energy expenditure. One concern with higher levels of protein intake is the suppression of ketogenesis relative to an equi-caloric amount of fat”

Notes on the necessity of consistency:

Two diets (keto vs Western) showed little to no difference in body weight strength and power test performance, but did not account for changes in body weight, which likely would have an effect on performance.

Effect of a ketogenic diet on strength gains in powerlifters:

Powerlifters on keto maintained their squat and bench 1RMs, and increased their deadlift 1RM, but athletes on a conventional diet increased in all three areas.

This study reported “poor subject compliance” however, and it is also worth noting that protein was set at 45% of daily calories, which is high enough to disrupt ketosis, according to some studies.

“The effect of weight loss by ketogenic diet on the body composition, performance-related physical fitness factors and cytokines of Taekwondo athletes”

-Both groups lost weight, but one group did not lose more than the other.

-Pros for weight class athletes: There may be some evidence to support that athletes losing weight for aerobic performances may perform better having used a keto-diet for weight loss rather than a more conventional diet:

“when both calories and carbohydrates are restricted, as in the