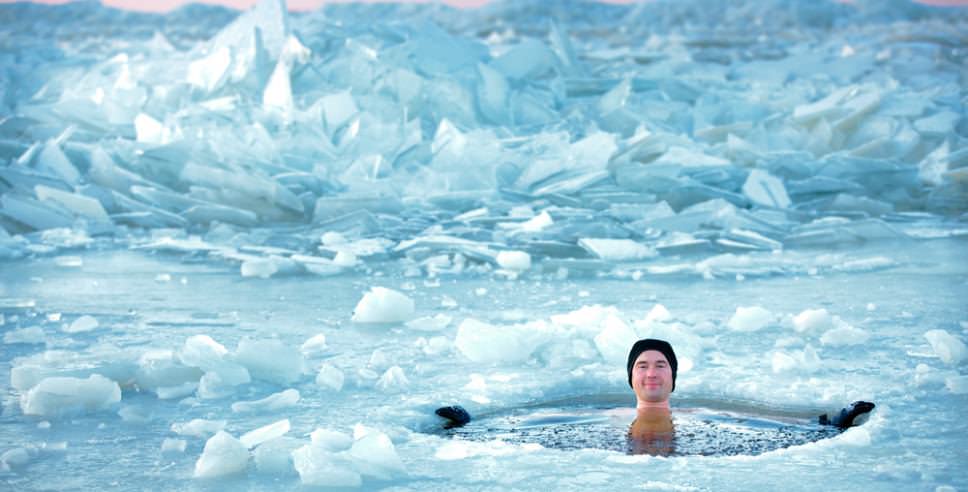 After slogging through close to 20 studies on ice baths (many hours I slogged!), and finding precious little in the way of clarity or consensus, I was able to piece together at least a few useful conclusions.

Most studies stress that “further research needs to be done” on the topic, and I’d certainly welcome any criticism, but as far as I can tell, this is one of the more thoroughly researched articles on ice baths, and I’ve linked 13 of the most relevant studies at the bottom of this article. So, without further ado:

>There seems to be little to no scientific literature truly supporting ice baths as a legitimate recovery modality.

There are a few specific exceptions which I’ll address. If nothing else though, this is valuable information since there probably are a lot of people out there using ice baths because they’ve seen elite athletes using them, and assume that these people must have good information.

But, just because all the cool kids are doing it (seriously no pun intended) doesn’t mean it’s backed by science. There does seem to be some agreement on one thing though, which is probably what ice-baths owe their popularity to:

This is probably because the ice bath decreases inflammation in the body. The heightened feeling of recovery may, under very specific conditions, help athletes to perform better at events such as tournaments that take place outside in the heat and involve multiple events spaced out over a couple of hours.

Simply feeling cooler and more recovered may give them an edge over someone who has been recovering in the heat all day. (study below) On the other hand though…

>Multiple studies have shown decreases in performance immediately after ice baths when compared to other recovery modalities, although these studies weren’t done in the heat.

How exactly ice baths hinder or occasionally improve performance isn’t clear yet, but one unique study using a placebo gives us something interesting to consider:

Both groups performed better than the control group which, in reality, had taken the same bath as the placebo group. Again, feeling as though you’ve recovered better seems to make a difference.

A problem with many of these studies is that much of the research on the topic only addresses acute recovery (meaning recovery directly after exercise) which does not give us sufficient information to apply to long term recovery plans, since physiological adaptation to training can take several days to several weeks.

Also, most studies only measured subjective markers of fatigue, meaning “how participants felt”, as well as a few blood markers of fatigue, such as lactic acid build up.  They did not measure the long-term effect on performance, strength, muscle size etc. Fortunately, I was able to find one study that did measure those things, which showed that:

>Participants who used ice baths as opposed to active recovery made significantly fewer gains in terms of strength and muscular size over a 12 week period of training.

Muscle biopsies were performed (meaning they literally removed and observed small pieces of muscle tissue at different intervals throughout the study). These showed that activation of key proteins and presence of satellite cells (cells that are hanging around in the blood stream waiting to be turned into muscle) were both significantly less in the group using ice baths than in the other group, which used standard active recovery.

Ice baths are probably popular because people claim it makes them feel better after exercise. There may or may not be utility in that, but they do not seem to enhance performance or assist in actual long term recovery and adaptation.

It seems more likely that they probably blunt recovery, due to the restriction of blood flow and necessary delivery of appropriate resources to damaged tissue. Active recovery looks like a better option, at least until more research has been done on the topic.

I hope this helped clear things up a bit! I listed most of the studies I read below for those of you interested in further exploration. Enjoy!

Cryotherapy helps soreness and subjective markers but it’s unclear whether it helps performance in the long run:

Meta-Analysis of post exercise Cryotherapy, showing that most studies showed a decrease in soreness but no decrease in objective indications of inflammation (blood work) 96 hours after:

Another study showing that cold water immersion did not enhance recovery from eccentric contractions (over a 3 day period):

An analysis of 16 studies showing no consensus on the effects of cold water immersion on performance:

One study showing that cyclists who used a 5 minute ice bath had higher subsequent power output than cyclist who spent their recovery time sitting in the heat.

Another study on cold water immersion for performance in the heat, showing that very short term recovery was improved, but long term  recovery was made worse. “Despite improved acute recovery CWI resulted in an attenuated MVC 24-h post-recovery.”

A study showing that contrast therapy (hot and cold) as well as active therapy resulted in lower blood lactate levels after high intensity running than passive recovery, but recovery modalities had no impact on subsequent performance.

One VERY RARE study that lasted 12 weeks, while most lasted somewhere between a couple of hours and a couple of days. This one showed that less strength was gained, less muscular mass was gained and that ice baths blunted the activation of key proteins and satellite cells in skeletal muscle up to 2 days after strength exercise.