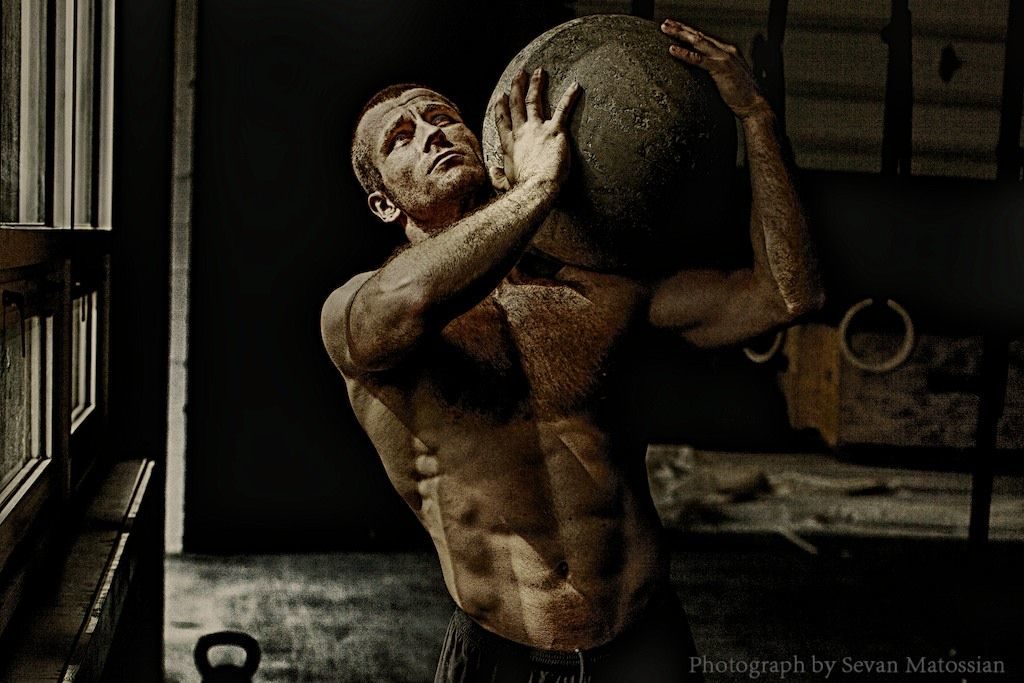 How age affects training and metabolism

You’ve doubtless heard people say “man! when I was young I could eat whatever I wanted! But once I hit like 30 my metabolism took a giant deuce on me, and now it’s like if I have one beer I blow up like a roadkill marmot.”

…Or some variation of that.

So is it true that your metabolism decreases automatically as you get older? And how much does aging affect your responsiveness to training?

Well, the science doesn’t exactly support the dramatic anecdotes of your beer-bellied uncle. At least not to the extent that most people might guess. It’s true that most people’s metabolic rate declines with age, but it turns out that age itself isn’t so much to blame as is lifestyle change and the consequent loss of muscle mass.

There is wide agreement in the literature that lean body mass is the largest determinant of metabolism. Age in and of itself only accounts for a very small amount: about 2%, according to this study.

So, can you still gain substantial muscle as you get older and improve your metabolism?

Absolutely. You can and you should. Many studies have shown that resistance training is an effective way to increase Resting Metabolic Rate (i.e. “metabolism”) even in older adults.

It’s definitely best to start young (take note, if you have kids), since research has shown that early life encounters with exercise and nutrition affect muscle size, strength and metabolic characteristics into older age.

However, if your skills and efforts were exclusively focused on PS2 mastery during those halcyon years, it’s not too late to make good progress.

Serious gains during your 30’s, 40’s and 50’s are perfectly achievable, and arguably become more important as you get older and may be at risk for heart disease, osteoporosis, Alzheimers etc., all of which are effectively ameliorated by resistance training.

Several studies comparing subjects roughly 25 years old to subjects between 65 and 75, suggest that age actually has no effect on a peoples responsiveness to resistance training at all.  I’m skeptical of that, and there are also studies that show the opposite. However, one study showing that younger people may be more responsive to lifting than older adults also pointed out that 70 year old subjects training 3 times per week for 16 weeks were able to attain as much muscle as the 25 year-olds had at the start of the study.

That means that if you turn 70 and have never done any resistance training in your whole life, you probably still have the potential to become stronger than you’ve ever been.

That’s not to mention the fact that many of the strongest people in the world are well into their 30’s and 40’s.

For example, 42 year old legendary strong-man competitor Žydrūnas Savickas has gotten first place at the Arnold Strongman Classic (generally considered the most prestigious strongman title in the world)  EIGHT TIMES since 2003. His latest win was in 2016 when he was 40 years old. He got 2nd in 2015 and 1st in 2014.

In powerlifting, his best competition lifts were:

Another one of my favorites is Marisa Inda. She’s currently 42 years old, holds the American Record (USAPL) in the bench press and deadlift for the 114lb class, has an impressive 20 year history of gymnastics and bodybuilding, maintains a great physique and is mother of two. 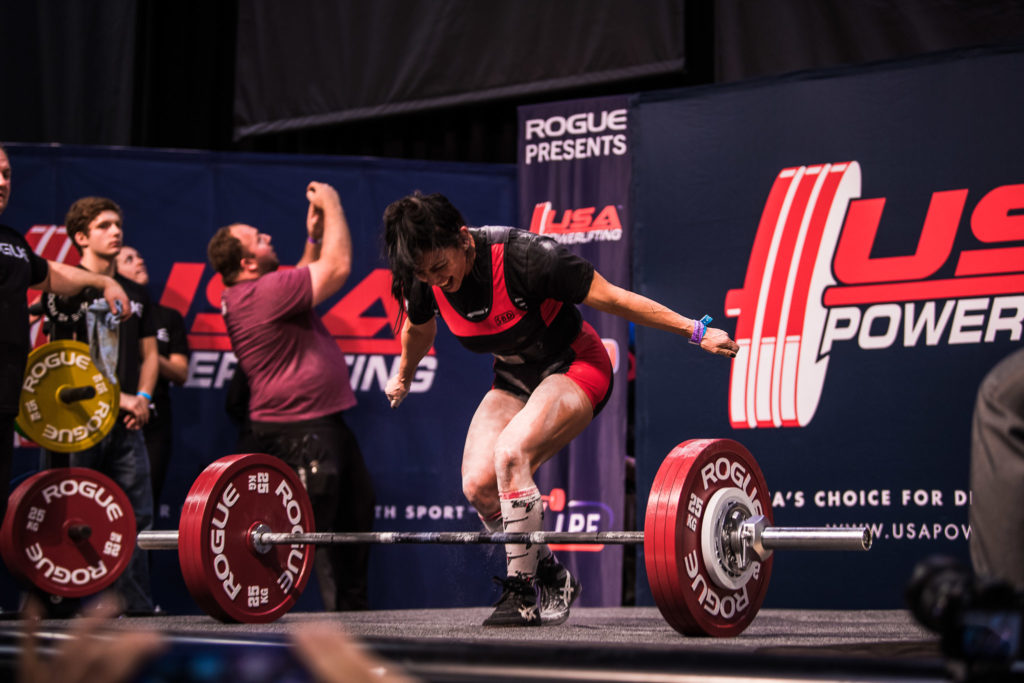 (I know you’re not supposed to talk about women’s ages, but if it inspires the fat off of people then I feel like it’s a worthy cause.)

And yeah, you can say something dumb like “oh they’re probably on steroids” or whatever, but if they are, the other younger competitors probably are too, and they still beat them. So suck it.

On the other end of the athletic spectrum, Aleksander Doba finished his third solo kayaking venture across the Atlantic Ocean just before his 71st birthday. No motor, no sail, just incredible physical and mental fortitude. (Here’s the article)

You could argue that these impressive figures are outliers, and you’d be right. You probably won’t win the Arnold Classic 8 times. But if those guys can be the best in the world at those ages, you can at least be pretty damn good.

One important change that will occur as you get older however, is that protein synthesis will slow down. It seems as though people become something like “protein resistant” as they age. Getting at least 1.5 grams of protein per KG of body weight has been shown reverse the loss of muscle in older adults who were considered “anabolically resistant.”

Metabolism decreases very slightly due to age itself, but most metabolic decline is due to preventable factors like lifestyle change.

Resistance training is an effective way to combat that process and even increase metabolism over time.

People remain very responsive to resistance training as they get older.

You will probably need to consume more protein as you get older, since protein synthesis slows down, and your body is going to do less with the protein you’re currently consuming.

As always, I hope this was helpful to you guys! Studies are linked below for those interested in trying to prove me wrong about something 😉

Efficacy of 3 days/wk resistance training on myofiber hypertrophy and myogenic mechanisms in young vs. older adults

“…and type II hypertrophy was less robust [among older subjects] (851 μm2 or 23%) compared with that seen among young subjects (1,419 μm2 or 32%). However, the fact that, after only 16 wk of resistance training, older adults restored type II fibers to the size of young subjects before training should not be overlooked.”

“Strength and training weights increased similarly in young and old groups, when expressed in relation to baseline values.” …”These data suggest that the slower myofibrillar synthesis rate in older subjects cannot be explained by disuse.”

The Effects of Muscle Strength Responsiveness to Periodized Resistance Training on Resistin, Leptin, and Cytokine in Elderly Postmenopausal Women

“In conclusion, RT is effective in improving upper and lower limb muscle strength in elderly women…”

“In sedentary individuals, the main determinant of energy expenditure is fat-free mass, which declines by about 15% between the third and eighth decade of life, contributing to a lower basal metabolic rate in the elderly. Data indicate that preservation of muscle mass and prevention of sarcopenia can help prevent the decrease in metabolic rate. In addition to its role in energy metabolism, skeletal muscle and its age-related decline may contribute to such age-associated changes as reduction in bone density, insulin sensitivity, and aerobic capacity. For these reasons, strategies for preservation of muscle mass with advancing age and for increasing muscle mass and strength in the previously sedentary elderly may be an important way to increase functional independence and decrease the prevalence of many age-associated chronic diseases.”

“Various mechanisms have been put forth to explain the change in total muscle mass observed including: (a) a lack of regular physical activity (“use it or lose it”), (b) a change in protein metabolism (a deficit between protein synthesis versus degradation), (c) alterations in the endocrine milieu (decrease in growth hormone (GH) and testosterone and an increase in cortisol and cytokines), (d) a loss of neuromuscular function (denervation versus reinnervation), (e) altered gene expression, and (f) apoptosis; other factors may also contribute in part to sarcopenia”

“Strength and rate of change in strength contribute to the impact of sarcopenia on mortality.”

Role of Dietary Protein and Muscular Fitness on Longevity and Aging

“A combined exercise program consisting of both resistance-type and endurance-type exercise may best help to ameliorate the loss of skeletal muscle mass and function, to prevent muscle aging comorbidities, and to improve physical performance and quality of life. In addition, the use of dietary protein supplementation can further augment protein anabolism but can also contribute to a more active lifestyle, thereby supporting well-being and active aging in the older population.”

X The Loss of Skeletal Muscle Strength, Mass, and Quality in Older Adults: The Health, Aging and Body Composition Study

“Age and sex did not affect to the RT responses.”

(-) Alterations in resting metabolic rate as a consequence of 20 wk of endurance training: the HERITAGE Family Study

“In conclusion, 20 wk of endurance exercise training had no effect on the RMR even in the presence of small changes in body composition and a large increase in VO2max.”

“These results suggest that both endurance and resistance training may help to prevent an attenuation in RMR normally observed during extended periods of negative energy balance (energy intake < expenditure) by either preserving or increasing a person’s fat-free weight.”

“Resistance training is an effective way to increase energy requirements, decrease body-fat mass, and maintain metabolically active tissue mass in healthy older people and may be useful as an adjunct to weight-control programs for older adults.”

“Only 2% of the observed variability in BMR was attributable to within-subject effects, of which 0.5% was analytic error. Of the remaining variance, which reflected between-subject effects, 63% was explained by FFM, 6% by FM, and 2% by age (emphasis added). The effects of sex and bone mineral content were not significant (P > 0.05). Twenty-six percent of the variance remained unexplained. This variation was not associated with concentrations of circulating leptin or T3. T4 was not significant in women but explained 25% of the residual variance in men.”